The football world in numbers

Numbers. Lots of numbers. And how they relate to the world of football... 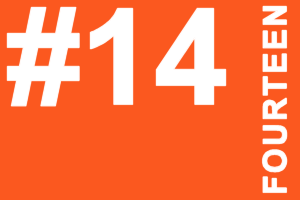 Having mainly worn the number 9 shirt up until 1970, it was just by chance that Cruyff struck upon the number 14. Ajax were playing PSV Eindhoven and Gerrie Muhren couldn't find his number 7 shirt. Cruyff offered Muhren his number 9, and popped on a spare shirt, which happened to be the number 14.

Cruyff, ever the maverick, decided to stick with the shirt after that, at Ajax and with the Netherlands, although he did mainly play in the number 9 shirt at Barcelona.

The number of goals scored in the Boxing Day fixtures in the English First Division back in 1963.

The speed, in miles-per-hour, at which David Hirst's record-breaking shot was clocked when the Sheffield Wednesday striker played against Arsenal at Highbury in September 1996.

Unfortunately, it didn't actually go in, hitting the bar instead and nearly uprooting the goals in the process.

Surprisingly, it's not for the year of the epic FA Cup final between Coventry City and Spurs, but as the year in which Tranmere Rovers-loving rock band Half Man Half Biscuit released their fantastic 2nd album "Back Again in the DHSS". And what does this have to do with football you ask ? Well, with tracks such as "All I Want for Christmas Is a Dukla Prague Away Kit" and "I Was a Teenage Armchair Honved Fan", it made the Goalhanger realise that it wasn't alone in having a strange fascination with obscure East European football teams.

The number of minutes at each Rapid Vienna home match when the fans start to clap to encourage the lads who are representing the club. The clapping is known as Rapidviertelstunde and the tradition dates back to pre-war years, when legend has it that the team were losing heavily with 15 minutes to go, but were then inspired to a great comeback as the green and white army started clapping to get behind them, kicking up a tremendous atmosphere which helped clinch a dramatic draw. The tradition has continued ever since.

The number of episodes in total that were done by Frank Skinner and David Baddiel on their Fantasy Football League TV show. 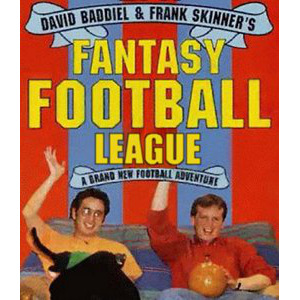 We've worked this out ourselves, and we're pretty sure that it's a stat of which Statto himself would be proud of, so here's our calculations...

And our favourite guest ? Well, you can't look much further than the legendary Nookie Bear, can you ?

The number of games for Barcelona that it took Lionel Messi to reach 500 goals for the club.

And what a game to do it - scoring the winner with the last kick of the match in an epic 3:2 El Clasico victory over Real Madrid at the Bernabeu on April 23rd 2017.

Pretty decent considering he was playing on the right wing as well until 2009 when Pep Guardiola decided to move him into a more central role.

The number of points Derby County accumulated in the Premiership in the 2007-08 season. It's the lowest total by any club and saw them become the first club to be relegated in March.

The traditional size of a tournament squad. The idea was that each country would take three keepers and two players for each outfield position.