Football tournament mascots, as with their domestic club counterparts, tend to be aimed at the younger followers of the game.

Wheeled out at every opportunity by the organising nation, they're supposed to represent a colourful, playful, almost cartoon-esque representation of the hosts.

There have been a few classics over the year, and love them or hate them, they're definitely here to stay, so much so that the naming and design of the mascots is now big business, with companies such as Warner getting in on the act over recent tournaments to help create them.

So without further ado, here are all of the mascots from the previous European Championships... 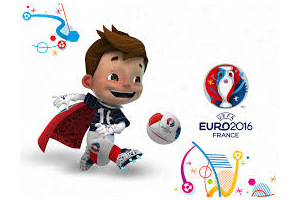 Super Victor is a child in the French national football team kit, with a red cape at the back - a nod to the country's blue, white and red Tricolore flag. The cape, boots and ball are claimed to be the Super Victor's super-powers. 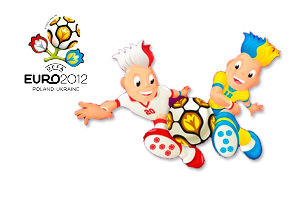 Slavek and Slavko represented the two host nations, Poland and Ukraine. One wearing Poland's national colours of white and red, the other wearing the yellow and blue colours of Ukraine. 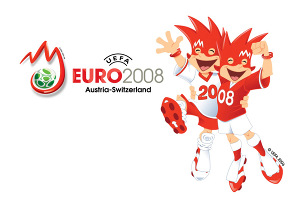 Trix and Flix were mascot twins who represented the two host nations of Austria and Switzerland. The white and red kit of one mascot, and the red and white kit of the other, reflected the two national flags and kits, whilst both sported impressively spiky haircuts, a reference to the peaks of the Alps that both countries are famous for. 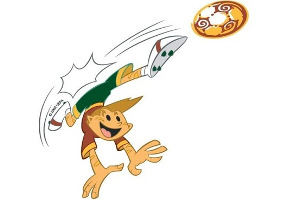 Cartoon footballer in a Portuguese football kit. The name comes from "Bandeira das Quinas" (Portugal's national flag), although you could argue he should have been called "Quinas" rather than "Kinas".

With its multi-coloured mane, made up from the colours of the Belgian and Dutch flags, along with its horns and pointed tail, Benelucky is a cross between a lion and a devil. The lion's head is the crest of the Dutch national football federation and the "Red Devils" is the nickname of the Belgian national team. And the name Benelucky ? It's a play on the term Benelux. 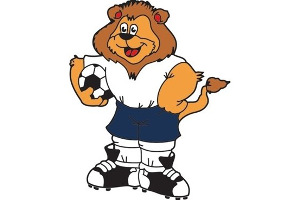 Looking like the cheeky grandson of England's 1966 mascot World Cup Willie, the 1996 mascot was cunningly called "Goaliath" (see what they did there ?) and was a loveable chunky lion in an England kit. 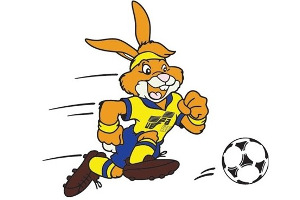 The 1992 mascot from the Swedish European Championships is actually our favourite mascot from any tournament. Why ? Well, it's basically just a copy of the previous tournament's mascot. So instead of a rabbit in a German kit, the Swedes thought they'd just go for a rabbit wearing a Swedish football kit, kicking an Adidas Tango ball. And they didn't even bother to think of a pun-tastic name, they just called it "Rabbit". Genius. 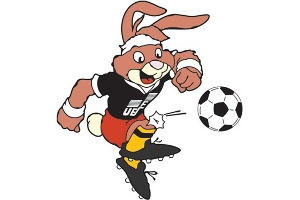 Berni was a football-loving rabbit wearing a kit in the colours of the German flag, pictured failing to control an Adidas Telstar football. Berni also had a penchant for sweatbands. 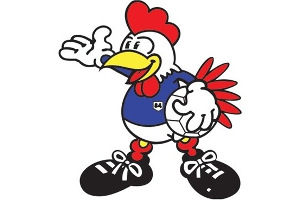 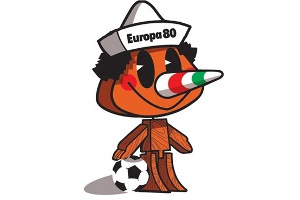 The European Championships first official tournament mascot is also its most bizarre. The Pinocchio mascot dreamt up by some Italian marketing team actually looked more like the sort of thing you'd expect to see in a nightmare. Fair enough, it was based on the character from the children's story of the same name, but they could have at least covered the poor wooden lad in an Italian kit. Instead, the story-telling balsa boy is left with just a long nose in the colours of the Italian national flag, as well as a strange white hat emblazoned with Europa 80.